"Wow" Moments in the Field

One of the benefits of being a project manager (PM) that oversees the construction of homes in the field is that I get to see the homeowner’s plans and dreams come to life day by day as the job progresses. This is great for me being a homeowner as well, because I get to experience first-hand how well an option works in a real space. There is nothing I love more than getting to the end of a project with a new option or different elevation that we are trying for the first time and being able to step back and say, “Wow, this really turned out great.” As a builder our end goal is to give our clients that same experience and to give them the opportunity to say, “This is JUST how I planned it!” So that being said, I wanted to take a few minutes and share with you some of my favorite “Wow” moments from the last few years as a Project Manager for Manuel Builders. 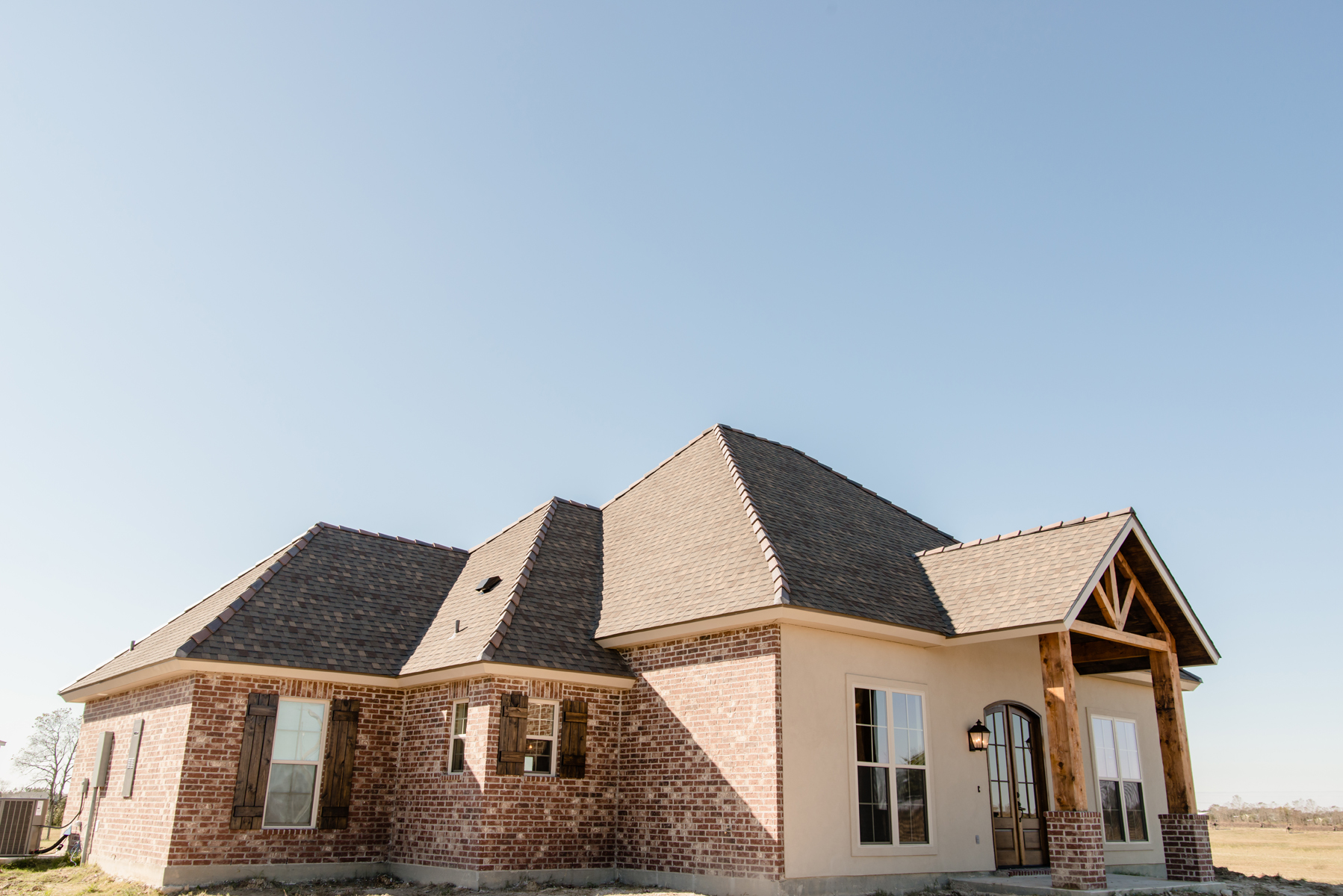 It was impossible for me to pick just one feature about this home that I enjoyed building. There were several things about this particular build that were different and slightly more complicated than we had done before. As a PM for the “Build on Your Land” division of the company, this is the stuff we look forward to. It gives us the opportunity to stretch our skills and learn something new. There were a few question marks as to how some of these elements would come together structurally and aesthetically, but working with the trades in the field, we came up with a few ideas that really pulled off a clean look that both us and the homeowners would love. The front porch has a massive feel to it that really balances and pulls together the rest of the exterior. I remember the homeowner saying at the site evaluation, “I want the front porch to be the first thing you see when you are driving up to my house.” We certainly delivered that vision to him. It’s impossible to overlook, but still doesn’t feel bulky or overdone. 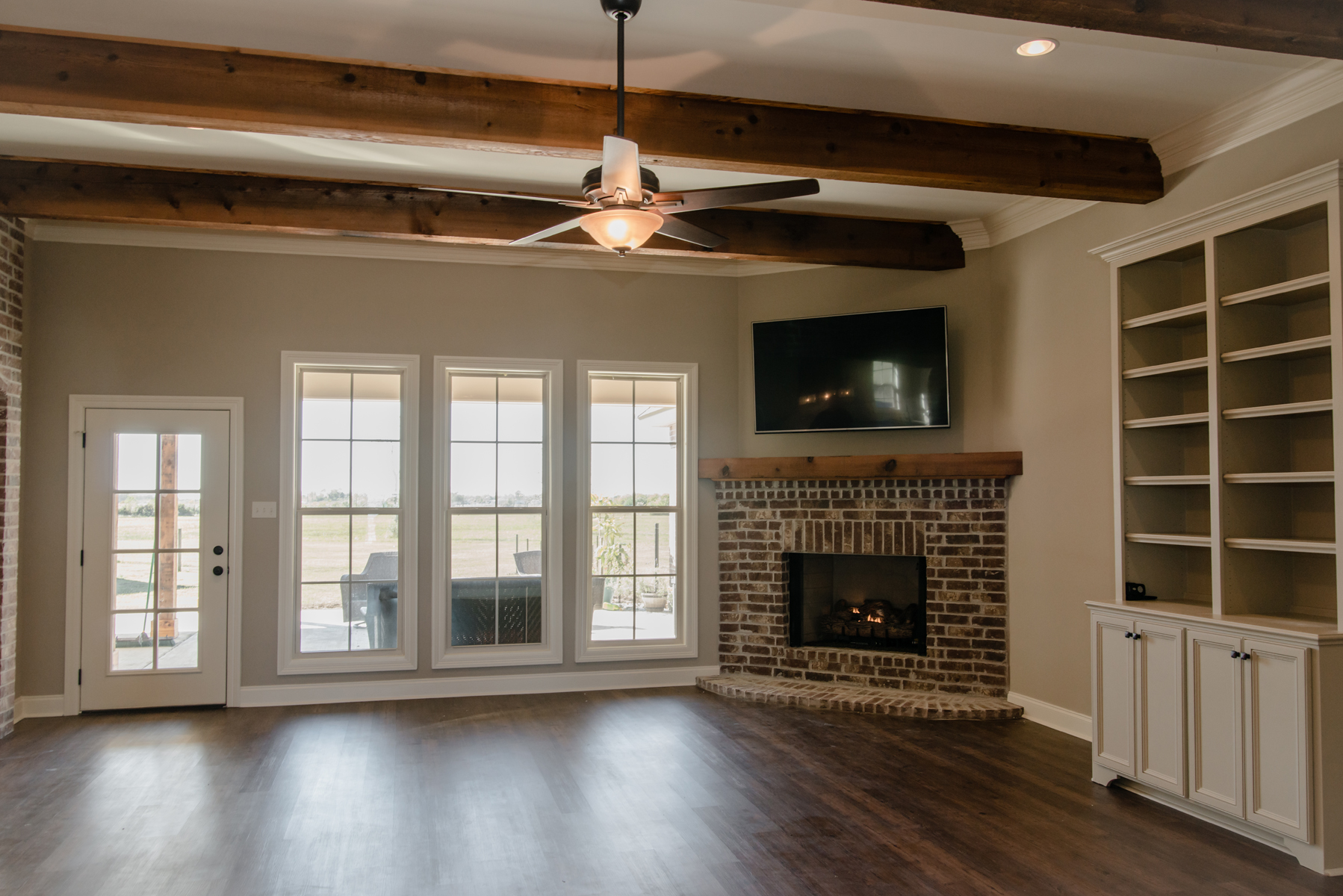 The interior living room has 3 massive 24’ cedar beams that carry the front porch details inside. The homeowner also had a really specific vision for the fireplace and mantle. He wanted it to look like it was tied into the wall. At first we weren’t sure if it was possible due to the space available surrounding the fireplace. We worked with the trim carpenter to give the homeowner exactly the look he was wanting for the corner fireplace and mantle. At the end of the day there were so many details about this house that came together and worked really well. It was fun to build and turned out to be a big hit on social media. View the Josephine Home here. 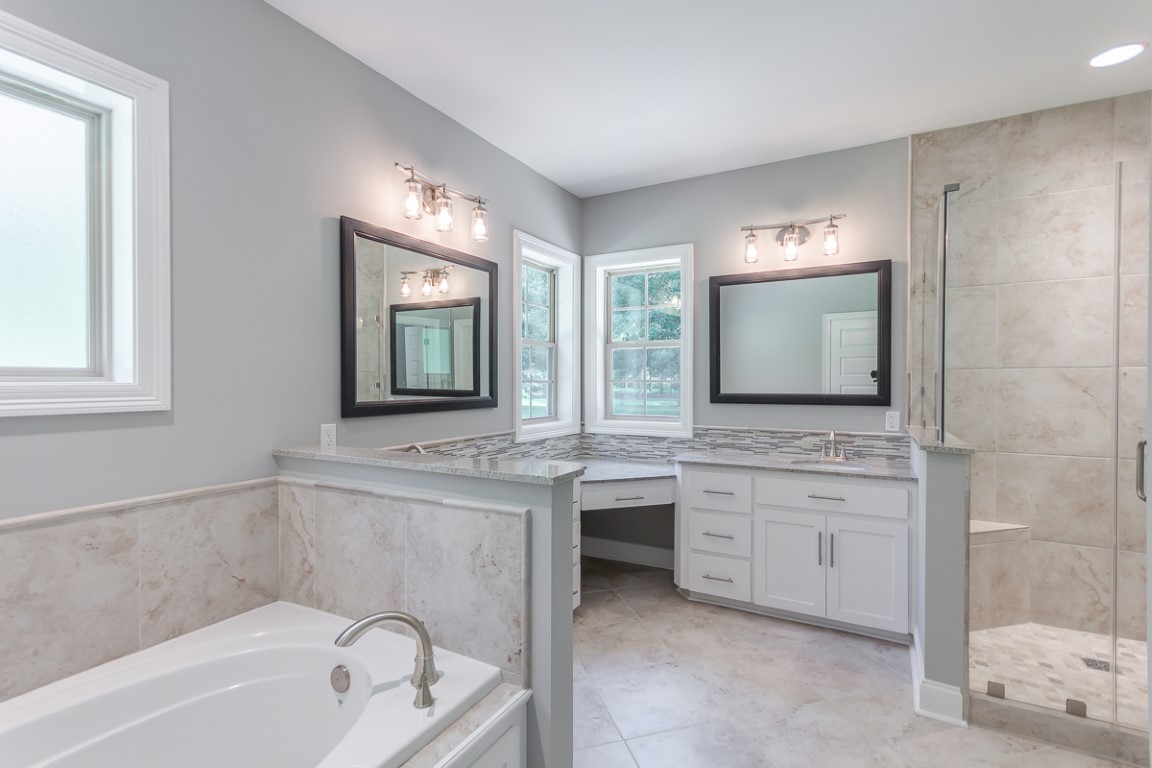 This particular master bath was arranged a little differently than any Lasalle plan I had built before, and to me, while it had an efficient use of space, it still felt luxurious at the same time. The best thing that happened on this bath plan happened after we had already framed up the house and complete rough ins. The homeowner came to me and asked if it would be too late to change some of the details about her master shower. The original plan was to have a wall going all the way to the ceiling to cut off the shower from the vanity area. She was really hoping it wasn’t too late to remove the top half of the wall between the shower and vanity and flip the shower head to the opposite wall. This was something that we were able to make happen for her, and I really feel like it was a great call on her part. She ended up with a frameless glass wall on 2 sides of her shower that really allowed all the natural light to flood the bathroom and give it an open, airy feel. This really couldn’t have been experienced with a full floor to ceiling wall blocking off the light from the windows. It was definitely a win in the field, and I will never forget how much better that master bath looked and felt at the end of the job. View the LaSalle-French Home here. 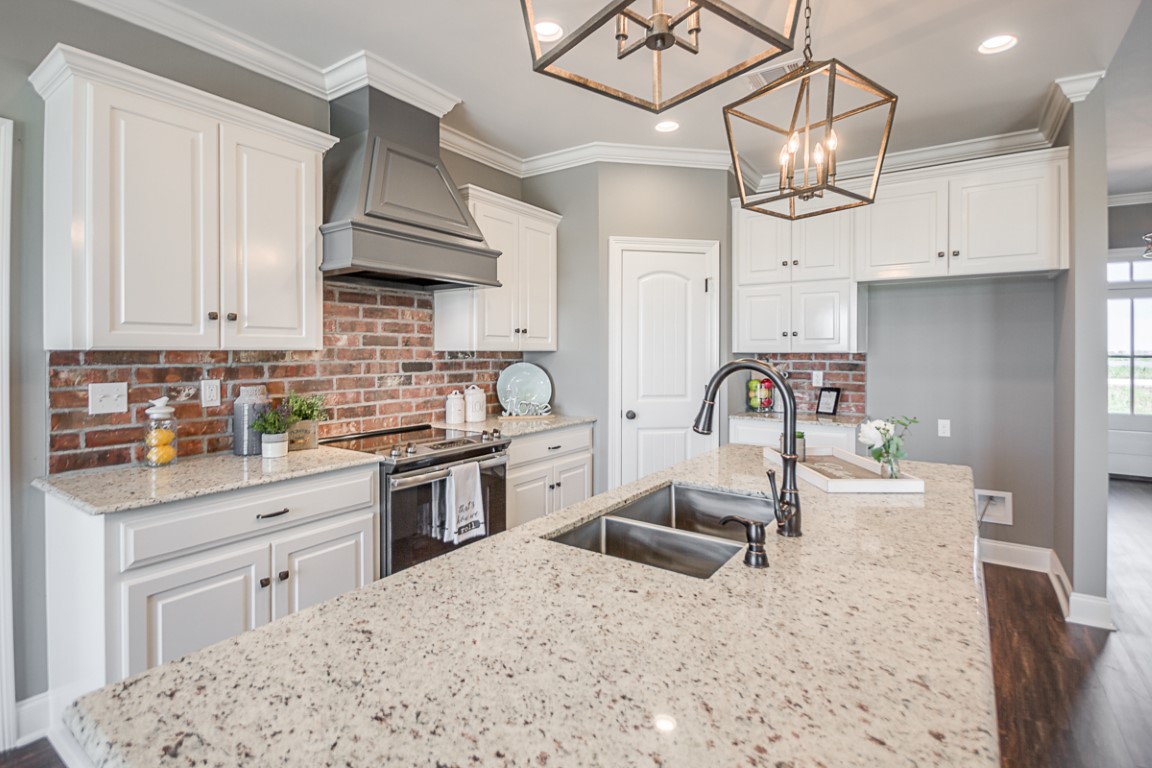 This is a detail that I really loved from a more recently completed job. Brick backsplash is a detail that contrasts the clean and straightforward elements of a modern kitchen with a rough texture that can’t be replicated any other way. It is not a design element that everyone will like or appreciate, but in this particular kitchen, it is one of the defining elements that make you say, “Man, that just looks like it belongs there.” The colors that the homeowner chose balanced the dark reds of the brick and tied everything together. It will definitely go down as one of my favorite kitchen designs that I’ve done to date! View the LaSalle-Lodge Home here.

-Written by Our Project Manager in the Lake Charles Region, Ryan Cart 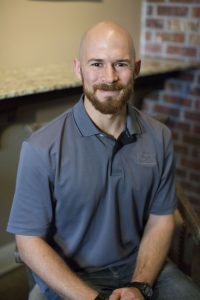 Questions?
We'd love to help guide you to your perfect home. Give us a call today!

Manuel Builders is a family owned company that has been in business for over 50 years. We build residential homes on your lot and develop outstanding communities. We have built in Lafayette, Carencro, Broussard, Youngsville, Erath, Kaplan, Ville Platte, Lake Charles, Sulphur, Westlake, Moss Bluff, Iowa, Dequincy, Duson, Scott, Maurice, Anchorage, Port Allen, Brusly, Addis, Baton Rouge, Scotlandville, Merrydale, Monticello, Central, and surrounding cities in Louisiana. Manuel Builders reserves the right to make changes to speculative homes under construction. Colors, exterior finishes and square footage may vary from pictures, plans, and virtual tours. Elevation Renderings could include optional features that are not included in the base price. Prices also subject to change without notice.